Are you a gamer? Show us what you’ve got.

Clarke’s University’s esports team is led by Director of Esports Henry Johnston. Johnston and his staff are recruiting now for the competition season. Clarke will compete in the League of Legends North American League North Division.

The goal is team strategy; no one individual can solo carry a team. Competitions occur in Clarke’s Isidore Lab and may be viewed both physically and in online formats. Games will also take the shape of streamed scrimmages and matches. Participation grants are being awarded for qualifying new student admissions.

Esports is a growing phenomenon on college campuses and is one of the fastest growing varsity programs. According to Statista, current 2018 market revenue worldwide for esports is 906 million USD with viewership being 380 million people worldwide. 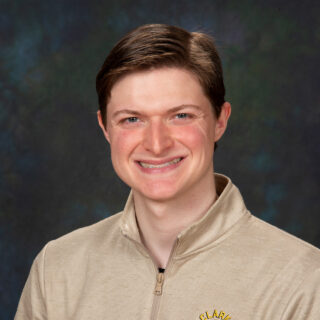 Clarke has made a commitment to Esports, and in turn I am committed to the future of Esports at Clarke. I want to give our Esports athletes an exciting opportunity at a level not yet experienced before on campus.